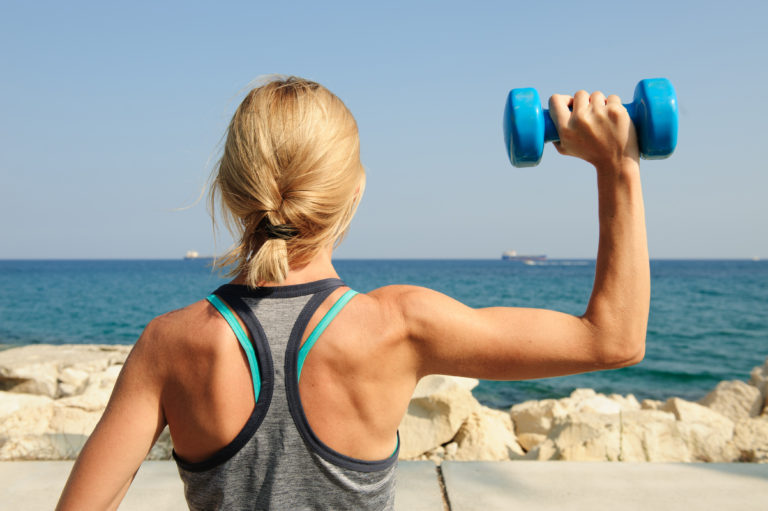 The Functional Benefits of Unilateral Training

Welcome readers as today we explore the functional and general benefits of unilateral training. Lets start  with breaking down the term unilateral training. In essence this refers to training one limb or one side of your body at a time. An example of this is doing a split squat where the leg in front of our body is doing the majority of the work as opposed to a regular squat where both legs work together to perform the movement.

Often people will have one limb more dominant than the other. In context, if you are performing a two legged squat or a barbell bicep curl, you may have one limb doing more work than the other. For example in the squat you might have one leg lifting 60% of the load and the other pushing up the remaining 40%. For optimal and efficient movement we ideally want our limbs to be balanced.

An example of where we see this all of the time in PT is with the glute medius when we perform the clam exercise with resistance. Rarely is the glute medius of even strength on both sides of the hip, usually it’s obvious one is stronger than the other. It is also evident when clients do one legged squats, one leg will generally fatigue in less reps than the other.

The easiest way to describe this is through the well known bicep curl movement. If you are performing a barbell bicep curl there is even weight either side of the mid-line of your body. Therefore, your core muscles do not have to work hard to keep you in an upright neutral position. However, if you are only working one side of your body, you need to engage the stabilising muscles of your core in order to keep your torso up right in a neutral position. Therefore you are not only working your biceps you are also improving your core. Value!

This is an obvious and simple truth. If you are doing reps of 15 for example and only working one side at a time. In order to do both those biceps you are doing 30 reps in total as opposed to the 15 you would be doing with barbell bicep curls. You are therefore burning more calories!

You can seemingly strengthen the opposing limb without touching a weight?

This is a weird one and I was thrown by it when I first read it, so bear with me. This concept has been studied for a while and is highlighted in a 2017 Journal of Sports Science and Medicine article stating that ‘meta-analysis suggests that unilateral strength training produces adaptations in the opposite limb, depending on the characteristics of the intervention performed’. In other words depending on how the training is performed you are likely to improve the strength of the limb on the opposing side of your body when strengthening a single limb in isolation.

To be clear we are certainly not suggesting that you go to the gym and only train one side of your body and expect to get obvious results on both sides. None the less we wanted to highlight a small incidental benefit of this style of training. What we are suggesting is that you mix it up at the gym and include exercises where you train one limb at a time within your weekly program. For example instead of doing squats one day, perform split squats. Instead of doing an above head dumbbell shoulder press with two dumbbells pushing up simultaneously, do one side at a time.

What if one limb is obviously weaker than the other?

Let’s use bicep curls as an example here. You are performing bicep curls with dumbbells and realise you are fatiguing after 11 reps when using your left arm. However on the right side you can do 15 before you fatigue. This would be highlighting an obvious imbalance in the strength of these muscles. In this scenario consider training to fatigue on the left side and then performing the same amount of reps on the right side (11 on each in this case). This will give your weaker side the chance to catch up to the stronger side.

We hope after reading this article it is obvious that there are various benefits to unilateral training. However, we also want to highlight that there is no such thing as a one size fits all training model. For example performing an above head dumbbell shoulder press one side at a time is generally not going to be an issue for you (unless the weight is way too heavy for the level of training you are at). However going straight into one legged squats without mastering the two legged squat first would be dangerous as it could lead to injury.

When you are training though we hope you throw in some exercises where you are working one side at a time to help your body work it’s way towards a strong and optimally moving body. If you are interested in this style of training and have any questions, please feel free to get in contact with us. Thanks for reading and happy training everyone! 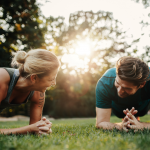 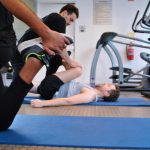 Importance of a Warm Up and Cool Down 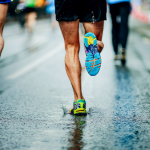 Walking vs Running: Which is more beneficial? 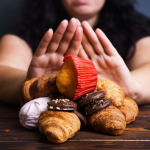 NAVIGATING HEALTHY EATING DURING A PANDEMIC 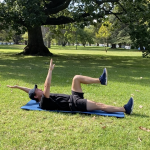 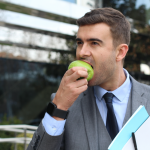